Following the conclusion of these drills, the ships made course to the west of Crete to offer protection for convoys moving across the Mediterranean from west to east.

HMS Barham and HMS Penelope, on the other hand, returned to Alexandria when the drills were finished, while the aircraft carrier HMS Glorious (Capt. G. D’Oyly-Hughes, DSO and Bar, DSC, RN) and her accompanying destroyer HMS Bulldog (Lt.Cdr. J.S.M. Richardson, RN) joined the other ships.

HMS Devonshire and HMS Sussex, as well as HMS Arethusa, were sent out on patrol, but HMS Arethusa returned on the 15th after patrolling the Kithera Channel. HMS Sussex’s mission was reportedly canceled afterwards, and she went to Malta for a docking. 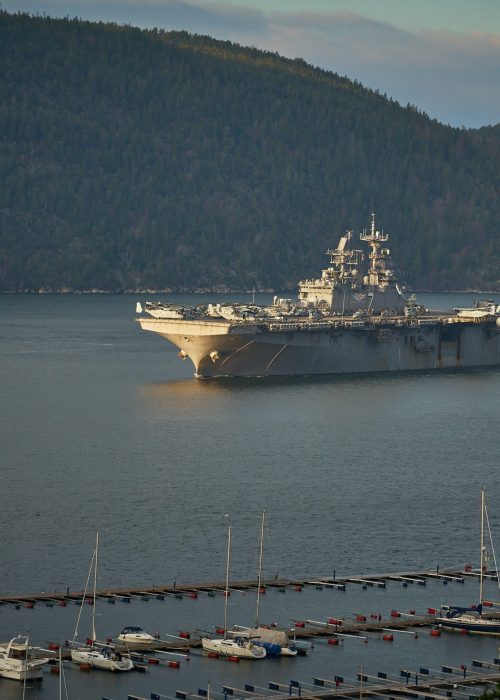 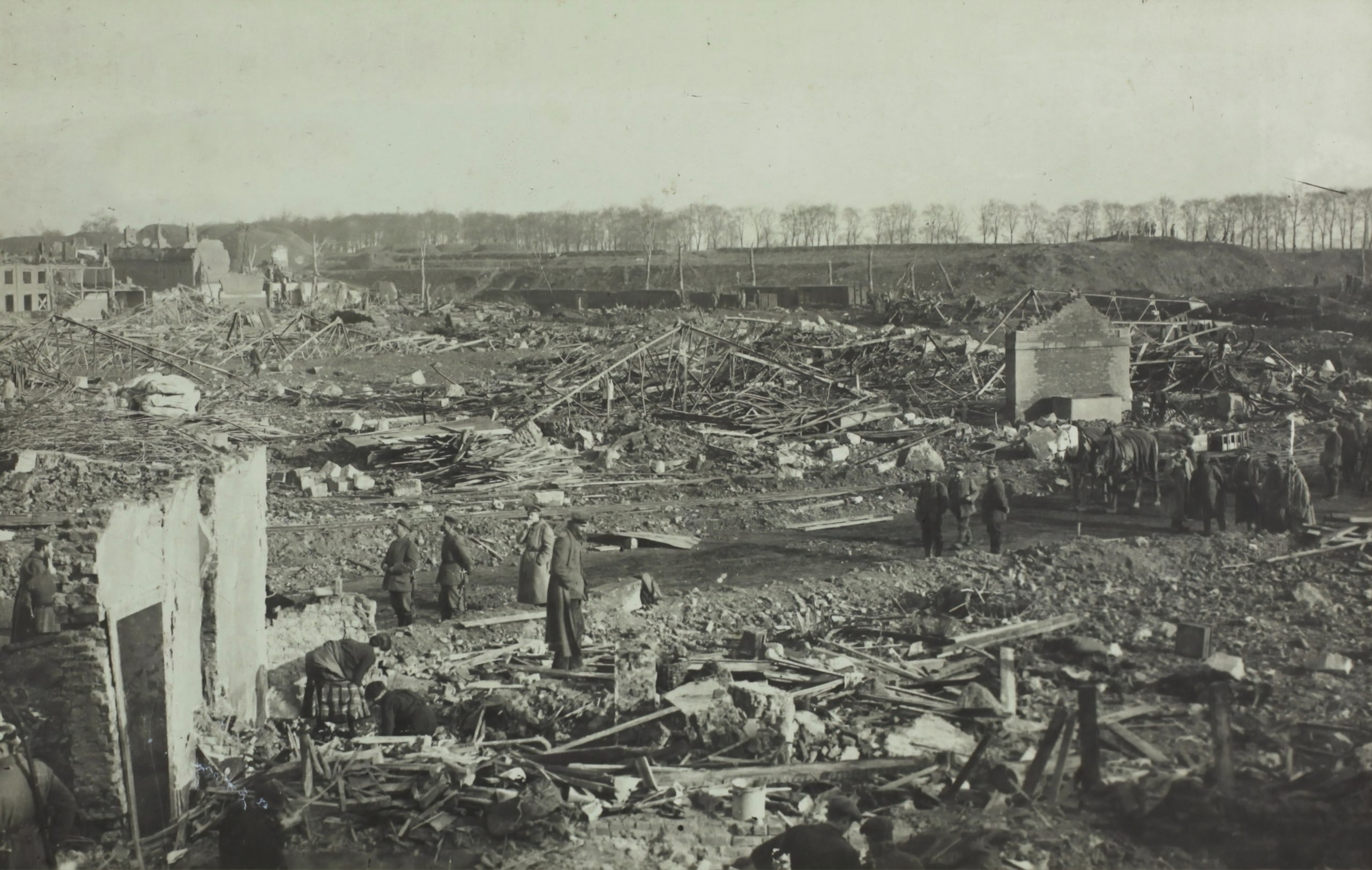 Admiral Augustus Keppel commanded a force of thirty battleships, four frigates, and two fireships aboard HMS Victory, which departed from Spithead on July 9th. Vice-Admiral Comte d’Orvilliers, who had departed from Brest on July 8, commanded a force of 32 ships-of-the-line, seven frigates, five corvettes, and one lugger. On the 23rd of July, shortly after noon, Keppel saw the French fleet west of Ushant. Keppel ordered his warships to form a line and set sail in pursuit. Around 7 p.m., the French fleet sailed away from the British and started headed towards them. Keppel ordered his ships hove to in response since he didn’t want to fight at night.

During the 18th century, the British and the French were continuously at odds over Saint Lucia. The Ciboney people are said to have originally settled on Saint Lucia between 1000 and 500 BC, although there is little proof of their existence on the island. The peaceful Arawaks, who are thought to have arrived from northern South America about 200-400 AD, were the earliest known occupants, as shown by the many archaeological sites on the island where examples of the Arawaks’ well-developed pottery have been discovered. Because of the island’s large population of iguanas, the early occupants may have given it the name Iouanalao, which means “Land of the Iguanas.”

Kenau Hasselar was assigned to the East Indies and Cape of Good Hope division of the Navy in early 1802, under the command of Captain Cornelius (or Cornelis) Hubertus Buschman. The British ceded the Dutch colonies they had captured in the West Indies to the Batavian Republic after the French Revolutionary Wars ended. Buschman and Kenau Hasselar led a small fleet to Curaçao in August 1802, which comprised the frigate Proserpina, the corvette Hippomenes, the cutter Rose, and the schooner Serpent.

The Crimean War was fought mostly on the Crimean Peninsula between the Russians and the British, French, and Ottoman Turks, with assistance from the army of Sardinia-Piedmont beginning in January 1855. The war originated from a confrontation between major powers in the Middle East, and was sparked in part by Russian requests for protection of the Sultan’s Orthodox people.

China’s golden days were passed by around 1900. China was a country in shambles. In 1900, China was strongly influenced by foreign powers, which preferred to dominate ports like Shanghai. Japan invaded China in 1894-1895. As a result, Japan was defeated, and Korea, Formosa (Taiwan), and Port Arthur were taken from China.

We offer discounts on tickets to the history museum.

In 1946, there was a preliminary proposal to sell her to the Royal Norwegian Navy, but it fell through...

She joined the Mediterranean Fleet’s 15th Cruiser Squadron in January 1945 and remained there until October 1945, when she returned to the United Kingdom and was promptly put in reserve.

In 1946, there was a preliminary proposal to sell her to the Royal Norwegian Navy, but it fell through, and she was put in reserve category ‘B.’ The Navy employed Arethusa for trials and tests in 1949 before assigning her to BISCO for disposal because the Navy deemed her class of ships to be too small to warrant modernization. She came to Cashmore’s in Newport on May 9, 1950, for her breakup.

Arethusa had been adopted by the citizens of Swansea in 1941. In the city’s Maritime Quarter, a monument relief to the 156 soldiers killed in the November 1942 aircraft assault may still be seen. The ship’s insignia, a 20mm Oerlikon AA gun recovered from a Newport scrapyard, and a scale model of the ship are among the items in Swansea Museum’s reserve collection at its Landore site.

The Engagement of Heligoland Bight was the first naval battle of World War I, taking place on August 28, 1914, between British and German ships. The fight took place in the south-eastern North Sea, when British patrols assaulted German patrols off the coast of northern Germany. The German High Seas Fleet was docked off the coast of northern Germany, while the British Grand Fleet was out in the northern North Sea. Long-distance sorties were carried out by both sides using cruisers and battlecruisers, with destroyers conducting close reconnaissance of the region of sea along the German coast—the Heligoland Bight.

During World War I, the Battle of Dogger Bank was fought between British and German battle cruisers. On January 24, 1915, it was fought at Dogger Bank in the North Sea. The outcome was a British triumph, and the German navy put off any major action against the British fleet for almost a year.

Landings on the Norwegian coast in the third week of March 1940 were briefly postponed by the British. Prime Minister Neville Chamberlain, on the other hand, was persuaded at the time that strong action was necessary, as was Paul Reynaud, who replaced Édouard Daladier as France’s premier on March 21.

The Malta convoys were Second World War Allied supply convoys. The convoys took place in the Mediterranean Theatre during the Siege of Malta. Malta served as a base for British naval and air troops to strike ships transporting supplies from Europe to Libya. To keep the Suez Canal open and control Middle Eastern oil, Britain waged the Western Desert Campaign against Axis forces in North Africa. Because of Malta’s strategic importance, the British risked a large number of merchant ships and warships to supply the island, and the Axis made a concerted attempt to neutralize the island as an offensive base.

During World War II, the Normandy Invasion, also known as Operation Overlord, was an Allied invasion of western Europe that began on June 6, 1944, with the simultaneous landing of US, British, and Canadian troops on five different beachheads in Normandy, France. By the end of August 1944, the invading troops had freed all of northern France, and they had regrouped for the push into Germany, where they would ultimately meet Soviet forces approaching from the east to put the Nazi Reich to an end.